Christmas Eve is upon us!  O Come Emmanuel! A few days ago, I was wrapping a present and thinking about last year, and the year before.  We hardly expected a first Christmas with Isaac.  We were overjoyed to have a second, and tonight we are appreciating what has almost become an expected event- Christmas day with our kids.  Thank you, Lord.

Just about a month ago, Isaac received his first injection pf nusinersen (now named Spinraza) as part of the Expanded Access Program for the first treatment of SMA.  He handled the experience very well, probably better than I did.  For the first time in over a year, Isaac was alone with someone other than myself, Jeremiah, or nurse Jessica.  He was only away from us for about 30 minutes, but it was enough to have me breathing deeply and talking myself through the anxiety.  Two weeks later, we returned for his second injection.  He did just fine, again, though he scared the OR nurses by desaturating more than they were comfortable with (but not to a point that would have made Jeremiah, Jessica, or me nervous).  He was just angry at being poked and scared of being away from mommy and daddy, and that's how it goes.  He forgave us quickly for putting him through that again, and as soon as he realized we were leaving, he started laughing and chatting again.  His third round is the first Tuesday of January, and we expect he will react pretty much the same way.  Many people have asked us if we are seeing any changes yet, and our answer is no.  Not yet.  Realistically, we hope to see that this drug stops the progression of SMA, that it stops Isaac from getting even weaker.  Over time, over many months, we hope to see him gain some strength.  We have had tremendous support from our community to help us raise the money needed for Isaac's treatment.  We want to thank you all, especially Krische Construction and the people of our beautiful parish, Guardian Angels.

Earlier this month, we took Isaac to a Child Find evaluation with the school district. Since he will be turning 3 in February (!!!!!), he will be aging out of Early Intervention (which is how he has been accessing physical, occupation, and speech therapy), and he will transition to school-based services. You heard me right, we are talking about sending Isaac to preschool!  We have our next meeting in early January, at which point we will learn more about the options, but we are hoping to have him attend our local elementary school.  Natalie will be in kindergarten at the same place next year, and it is about a half block away from our house.  Either his nurse or I will be going with him to school to take care of his medical needs, while we let the school worry about his academic needs.  I met the special education coordinator at the school when I dropped off some paperwork for Natalie's registration, and she said "Oh!  Both of your kids will be coming here at the same time?  Your house will be empty!"  That might be the moment when it sunk in that time is moving very quickly.  Natalie about fell out of her chair with excitement when she heard that Isaac might be going to the same school as her.  When she recovered, she ascertained that Isaac wouldn't be in the same class as her, because he is her "baby brother, and he shouldn't be in the same class..."

Yesterday, the FDA announced its approval of Spinraza for the treatment of SMA!  This is incredible news, coming so soon after the approval of the Expanded Access Program, which came so soon after the ending of the clinical trial.  There will still be transition time before insurance companies actually start covering the treatment, and I'm sure every insurance will be different when it comes to how much of the drug itself and the hospital charges they will cover.  I have no idea if insurance companies will accept physician recommendations and orders for patients to receive the treatment.  What really matters to me is that now, when a family is told that their child has this devastating diagnosis, they won't hear "there is no treatment, there is nothing to be done."  I am so grateful to the people at Biogen for working so tirelessly on this drug, for the people at Cure SMA who have advocated on our behalf, and mostly, I am humbled by the sacrifices that families made to have their children participate in this and other clinical trials.  Thank you, to all of you who made this a reality.

I was the lector at Mass tonight, and in preparation I was reading this first reading over and over to myself. I couldn't read it quietly without getting teary-eyed, and while reading it at Mass, right around "For a child is born to us..." I simply started to cry. This is the most joyful and beautiful message, and I was crying happy tears while I read these words to the parish. My prayer is for people everywhere to hear what I hear, a message of eternal hope, joy, and true love. Merry Christmas!

Isaiah 9: 1-6
"The people who walked in darkness
have seen a great light;
upon those who dwelt in the land of gloom
a light has shone.
You have brought them abundant joy
and great rejoicing,
as they rejoice before you as at the harvest,
as people make merry when dividing spoils.
For the yoke that burdened them,
the pole on their shoulder,
and the rod of their taskmaster
you have smashed, as on the day of Midian.
For every boot that tramped in battle,
every cloak rolled in blood,
will be burned as fuel for flames.
For a child is born to us, a son is given us;
upon his shoulder dominion rests.
They name him Wonder-Counselor, God-Hero,
Father-Forever, Prince of Peace.
His dominion is vast
and forever peaceful,
from David’s throne, and over his kingdom,
which he confirms and sustains
by judgment and justice,
both now and forever.
The zeal of the LORD of hosts will do this!" 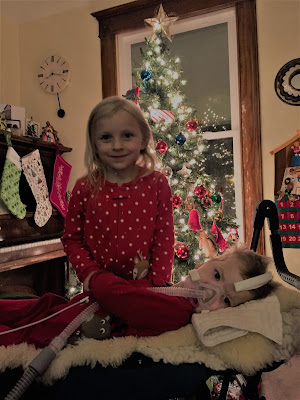